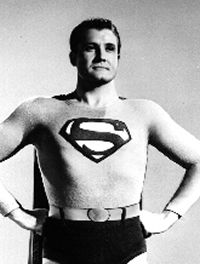 This past weekend I went to see Waiting for Superman, the documentary about the failing American public school system. Knowing that the director also did Al Gore’s movie, I was fully prepared to by irritated by gaps in logic and the misuse of data. However, I have to say that I was quite impressed.

The Participant Guide to the movie, available at bookstores (including Costco), contains a number of assertions that are unfounded or poorly argued. However, the movie avoids making many of these assertions, sticking pretty close to the experiences of those children, parents and educators featured in the movie.

The movie makes two central claims: First, the school system is broken, and it’s not that the failure of children to learn is a symptom of the community they are in, but that the failing school system is contributing to the downfall of the community.  For the children they follow in the movie, this seems the case. They want to learn, they have high aspirations, and they have parents or others in their lives who care enough to fight for them.

The second claim is that “we know what works.” From the studies of successful programs, people have found that a school needs good teachers, more class time, and accountability. The movie focuses on the “good teachers” aspect the most, and I would agree with them that a system that makes it impossible to get rid of totally inadequate teachers is a problem. As for longer class time, I’m not so sure – homeschooled kids spend less time “in school” than their public school friends, and do as well or better in their SATs, etc.  As for accountability, the movie didn’t begin to explain how to do this. No Child Left Behind made this a goal, but all they’ve done is mess up the system worse with factory-inspired metrics that really tell us very little.

Good points made in the movie include that our top students don’t compare well with other developed nations (except that we rule in attitude), that some charter schools are quite successful, that too much overlapping and often conflicting regulation exists, and that teachers unions keep failing teachers in place.

There are, however, a couple of significant problems with the film.  For one, while they mention (once, perhaps) that they focused on some successful charter schools in urban areas, they failed to point out that there are charter schools which are dismal failures. Why are some charter schools achieving lower results than their standard counterparts?

They also didn’t deal at all with any area other than places like LA or Harlem. If our schools nationwide are failing (which they implied), are there any different issues in suburban or rural areas? And, do some children succeed in failing schools? Why?

The biggest flaw in the movie was that it focused on 5 children who had parents or guardians who placed a high value on education and were motivated to get their kids into college. They did not deal at all with the larger issue of parents who simply don’t care, who won’t even bother to show up for parent-teacher conferences or who won’t even return a teacher’s phone calls.  I found it remarkable that in an area with failing schools and only a handful of openings into these wonderful charter schools, only a relatively small number of people were trying to get in.  Sure, there were 5 students participating in lotteries for every spot; but there are thousands of children in these areas. Where were they?  Would a charter school benefit a child whose mother is too hung over or stoned to bring the child to school?

Overall, I still think Waiting for Superman was a good movie. Undoubtedly, there are system failures.  However, it would seem that there are problems that go beyond the school system, and it is a grave mistake to presume that the school system is the only problem. I also think it would be a terrible mistake to think that Federal controls are the answer; even district-wide standardization can ignore the issues existing in some neighborhoods. We must discard the factory mentality when it comes to education; neither children nor teachers belong on assembly lines.

One thought on “Review: Waiting for Superman”